On Friday 8th April the Archbishop was delighted to announce three new key appointments for the Archdiocese of Southwark. 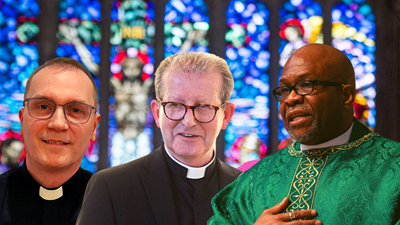 Monsignor Gerald Ewing will become Vicar General and Moderator of the Curia, whilst Fr Victor Darlington has accepted the appointment of Episcopal Vicar for the South-East Area, following the retirement of Bishop Pat Lynch in December 2020.  Furthermore, Fr Michael Branch will be installed as the Dean of St George's Cathedral in September 2022, following the passing of Canon Richard Hearn in late 2021. 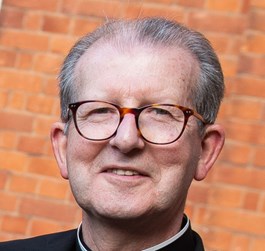 Born in London in and educated at St Mary’s Primary School, Wimbledon and Richard Challoner Secondary School in New Malden, Surrey, Mgr Ewing commenced study for the Roman Catholic Priesthood at St John’s Seminary, Wonersh in 1973 and was ordained priest for the Archdiocese of Southwark in 1981.

Monsignor Ewing will bring a wide range of experience to his new roles, having worked previously on ecumenical projects, as a Sixth Form college chaplain and as a Parish Priest at Wandsworth West and Balham.  Both appointments as Parish Priest included roles as Hospital Chaplain, Primary and Secondary School Chaplain as well as membership of School Governing Bodies in the Primary, Secondary and Sixth Form sectors.

In 2007 Monsignor  Ewing became a Member of the Canon Law Society of Great Britain and Ireland, a membership which he continues to hold today.

in 2009 he became the Director of the Association of Catholic Chaplains in Education (ACCE) at the same time as being Director for the Ongoing Formation of Priests in the Archdiocese of Southwark. In the same year he was appointed as Papal Chaplain with the title of Monsignor by Pope Benedict XVI.

Mgr Ewing was elected as Dean of Wandsworth 2013, a role which he held before moving to St John’s Seminary in Wonersh in 2017 to take up the role of Vice-Rector. He was later appointed as Rector in 2020, following the tenure of Canon Brian Coyle.

In his spare time he enjoys the theatre, eating out, travel, interior design and DIY.

I am very pleased to be able to assist the Archbishop and the Diocese as a Vicar General and Moderator of the Curia.

I know that many meetings and much paperwork will come my way in these roles – they already have!  However, hopefully what will keep me grounded and focused in my work with the Diocesan Curia and Central Services is the reality that at the centre of every meeting and every document are the people of the Diocese …  its clergy, religious and parishioners - with whom, of course, I look forward to having much personal contact.

I was born in the Diocese, and I have been privileged to serve it as a priest for over 40 years. I have a great love for Southwark – which will be the foundation for my new roles - in which, of course, I ask for your support and your prayers. 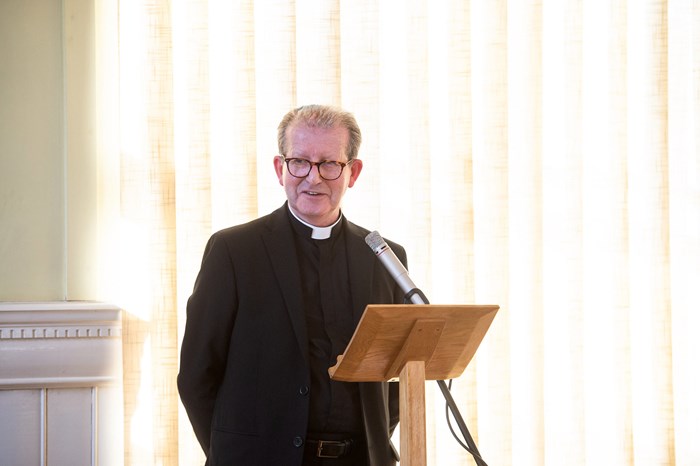 Monsignor Ewing speaking to students and assembled guests at Wonersh 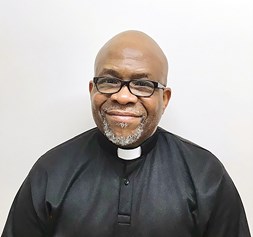 Originally from Nigeria, Fr Victor joined the Archdiocese in 2006 and was appointed as Assistant Parish Priest in English Martyrs Church in Strood until 2011.  He was then appointed Parish Priest to Sacred Heart Church Camberwell, where continues to serve.

Previously a part-time lecturer at St. John’s Seminary Wonersh, he continues to give talks at the Diaconate Formation Programme for England and Wales.

Fr Victor is the Episcopal Vicar of the Commission for Promoting Racial and Cultural Inclusion, which celebrated its first highly successful year last February with the Racial Justice Service in St George's Cathedral.  He is also currently the Dean of Camberwell.

"I thank Archbishop John Wilson for having the confidence in me to take up this new role. I am deeply humbled and very grateful to our Blessed Lord for calling me to serve him through this appointment. I very much love the Archdiocese of Southwark, which has been my home for many years now. The Clergy and people are kind, warm,  dynamic, and diverse.

I am honoured to be called to serve the vibrant South East area of the Diocese as its Episcopal Vicar. You will find in me a brother and a friend with a pastoral dedication rooted in fraternity. I also look forward to fulfilling the vision of our Archbishop in the area of Catholic Education and establishing Caritas Southwark.

I kindly ask that you keep me in your thoughts and prayers as I look forward to my new responsibilities. I pray that our Mother Mary, Seat of Wisdom,  will keep me under her loving mantle." 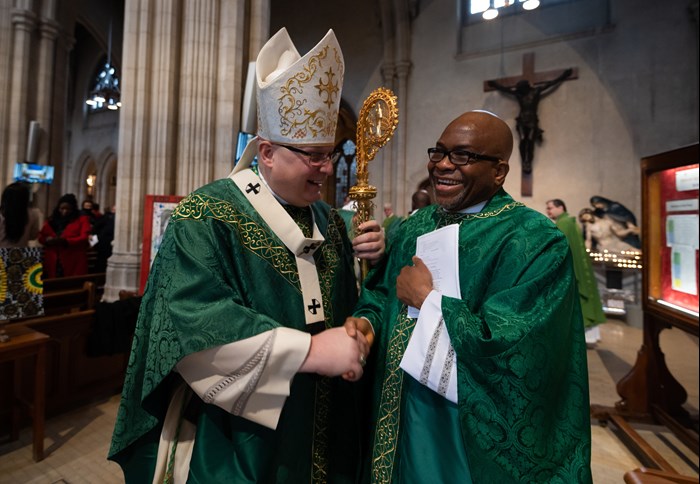 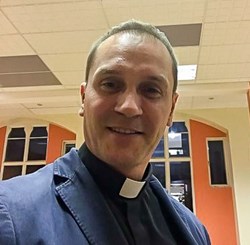 Fr Michael Branch was born and brought up in the Waterloo area, attending St Patrick’s school until his family moved to Welling in Kent where he was a pupil at St Stephen’s Primary School and St Columbia’s Secondary School.

Following eight years of formation at Campion House, Osterley and St John’s Seminary, Wonersh, he was ordained priest at St Boniface, Tooting in May 1997 by Bishop Charles Henderson.

“It’s a tremendous privilege to have been asked by Archbishop John to take up the appointment in September as new Dean of St George’s Cathedral. At this time I am mindful of my immediate predecessor, Canon Richard Hearn, praying he rests in peace with the intention of building on his legacy of making the Mother Church of our great Archdiocese a place where everyone is welcome and encounters the Eucharistic heart of Jesus.

I very much look forward to working with my brother priests, with the Cathedral team, and with all associated with St George’s, in the life and mission of our Archdiocese. Please keep me in your prayers as I prepare to take up this new responsibility.” 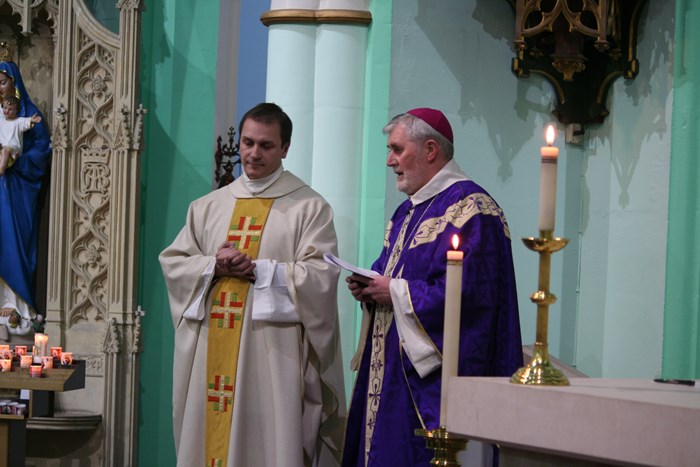 Please keep Monsignor Ewing, Fr Darlington and Fr Branch in your prayers as they commence their new roles within the Archdiocese of Southwark.

Monsignor John Mbinda C.S.Sp, who until very recently served at the parish of St Chad's, South Norwood, has been appointed Bishop-Elect of the Diocese of Lodwar in Kenya. Continue reading
Next Article

Hour of Prayer in solidarity with Ukraine